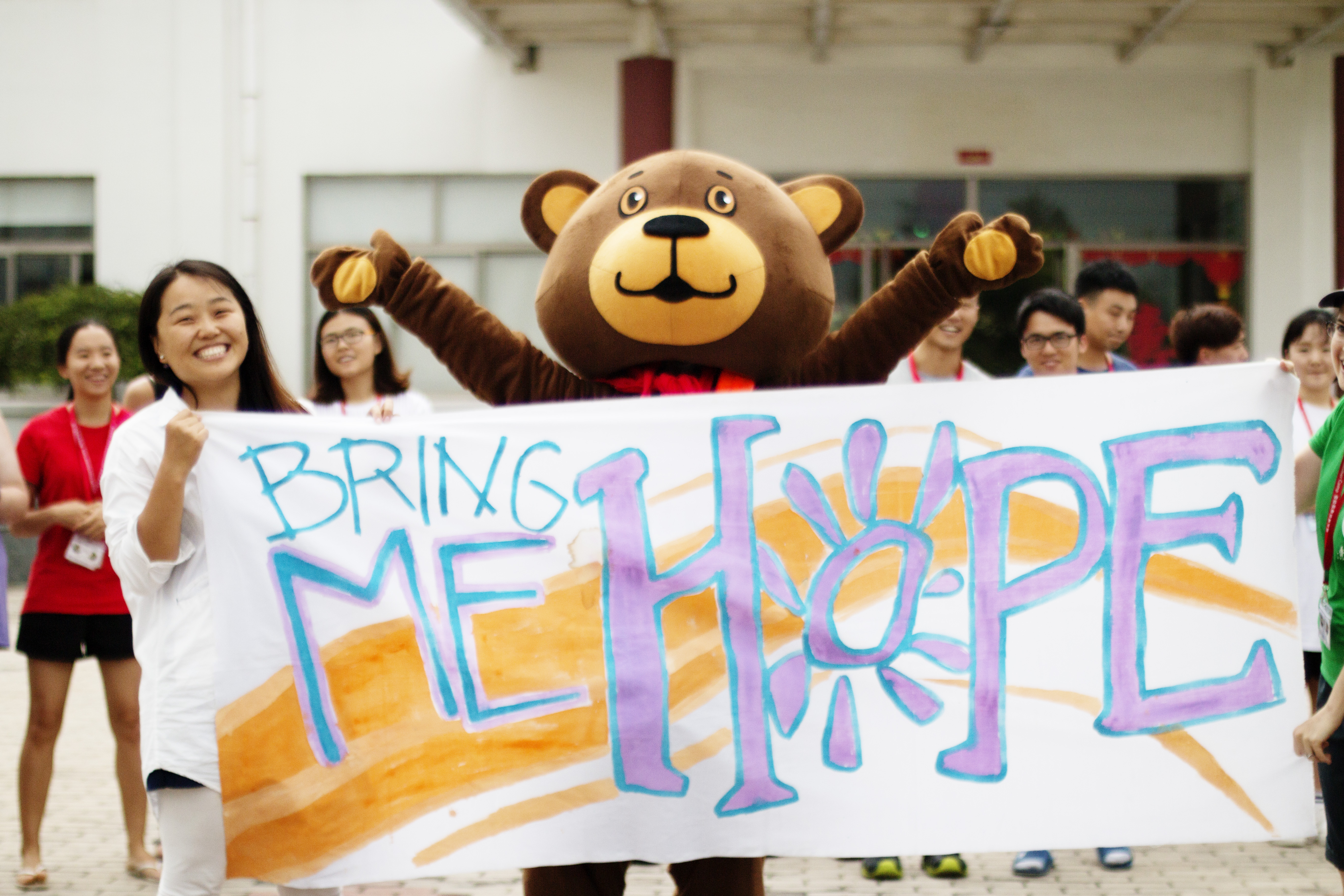 Volunteer in China this summer with Bring Me Hope! Bring Me Hope camps give you the opportunity to provide orphans with love, hope, a sense of self-worth, and long-term advocacy. You could be the only person to ever show a child love. What an opportunity!

Make your summer count and begin changing the world one life at a time.

“So what exactly does a week at camp look like?” We’re glad you asked! Here’s a week-in-the-life of a Bring Me Hope summer camp volunteer. 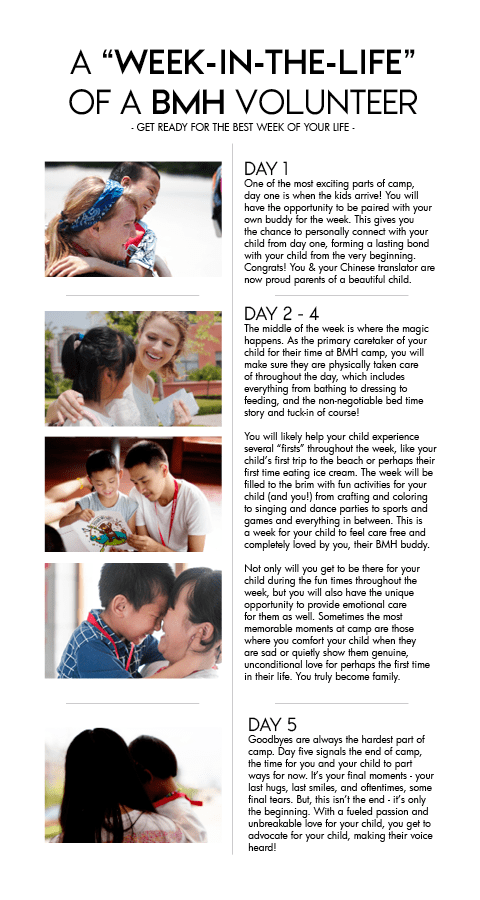 Today I had the opportunity to go and visit the lovely kids from a local private orphanage who we met at camp.

My Aussie friend, Hollie and I packed our vegemite sandwiches and boarded the jeep for a China day of many varied experiences.

We were met with big smiles and cuddles from Lily – 4 year old Down’s syndrome girl who is also deaf. She seems really happy and as bubbly as ever. The highlight of the day was seeing Wei Wei and presenting him with a “stimulation tent” and a piano. As you may remember he is the blind boy who at 5 years old still weighs less than the average 1 year old.(but still managed to steal the hearts of BMH volunteers and staff. He laughed and smiled when we presented him with his piano and all the children loved the tent that Hollie made them.

We treated Wei Wei at camp for worms and his terrible diarrhea has stopped and he looks like he has gained some weight!

We also got to see the little cleft palate/lip baby who was found in July. He was abandoned at a few days old in this box but is now a happy, chubby baby boy who loves his “grandpa”.

On a sadder note we got to meet another newcomer…

He is a little boy between 2 and 3 who was left at the door at 11PM a few nights ago. His legs were tied together so he couldn’t follow his parents after they left him ! Because he has had spina bifida he is incontinent of urine which must have become too much for his parents.

Thanks for your continued interest in these children – hopefully they will return to camp next year.

Currently we continue to pray for them and their carers – an elderly couple who now look after over ten kids.

Remember Lena? She was with us during 2007 Summer Camp in Beijing!

Check out this video of others who are continuing to help her!