At the fourth and final staff meeting in Fallbrook last night, our fearless leaders unveiled a pair of slogans that will remind you of Texas hold ‘em and visiting the dentist, respectively. They are:

“All In” and “Be uncomfortable.”

I came in on the tail end of the meeting, and these two catchy phrases were already written on the whiteboard. They are a little unconventional, but they encapsulate the attitude necessary to both enjoy and contribute to a service trip like the one on which we’re about to embark.

The irony is that, earlier yesterday, I was watching a poker tournament on TV. I saw three or four players go all in, and then go bust. But we’re not going to go bust. That’s just not how it works.

As they apply to service trips, the two slogans are linked. Picture this: You’re in a foreign country, acting out a skit in front of dozens of children whose language you do not speak. Playing it safe would mean maintaining your adult sense of décor and not committing yourself fully to the play. I’ve been there. The risk of “all in” is looking stupid in front of your teammates, the kids, the translators and maybe even your spouse and children. Any of you who saw David and Andrew Dickinson act out a skit last night—David playing the sheep, Andrew the wolf—recognized that there was the potential for embarrassment. But because they were so sold out to their characters, it was funny even to a bunch of American adults.

To go all in is to be uncomfortable. At least at first.

I think you’ll find, though, that it is how kids live—all in, all the time. So they will admire you for being on that level, too. I’ve done both on previous trips—played it safe and laid it on the line. I regret not having laid it on the line more often. I hope as a team we can create an environment where being all in is not quite so intimidating, and that, as individuals, we will see the value of our own discomfort in connecting with the children.

You don’t have to be a grown up with a job to raise money for the little orphans! Check out these girls in Daisy Girl Scout Troop 944 who raised $21.30 to bring kids to camp in China this summer!

They also colored pictures to brighten the children’s lives.

Thanks girls! You’re an inspiration! 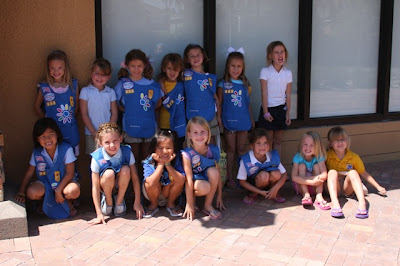 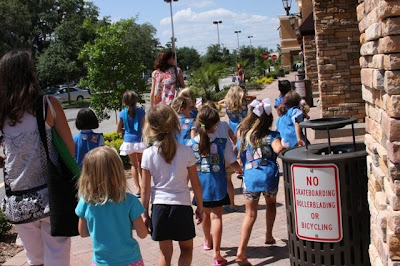 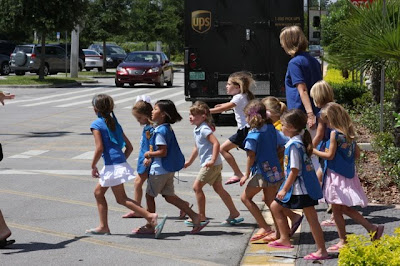 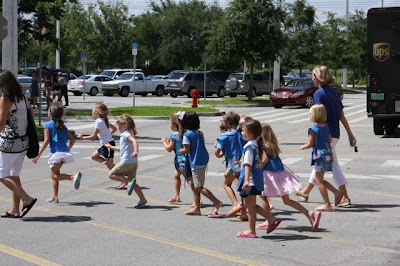 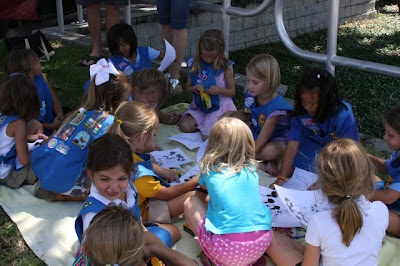